Note: This article has been updated with lastest available information on January 13th, 2022 at 08:29 pm

Positive Grid Clone Drive pedal is available under the Drive effect group and is inspired by the mythic Klon Centaur pedal. 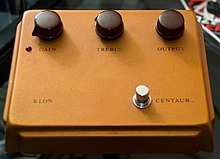 The Klon Centaur is an overdrive pedal made by the American engineer Bill Finnegan between 1994 and 2008. Finnegan hoped to create a pedal that would recreate the harmonically rich distortion of a guitar amplifier at a high volume.

Finnegan struggled to meet demand, and used units sold for inflated prices. He discontinued the Centaur in 2008 and redesigned it as the Klon KTR, which is simpler to manufacture by contracted firms. The Centaur has inspired numerous clones by different manufacturers. 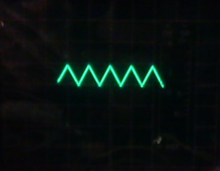 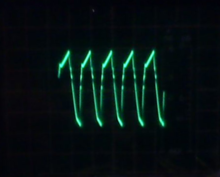 In the 1990s, the American engineer Bill Finnegan sought an overdrive pedal that would recreate the harmonically rich distortion of a guitar amplifier at a high volume.[1] He wanted a "big, open" sound, with a "hint of tube clipping", that would not sound like a pedal was being used.[1] He experimented with the Ibanez Tube Screamer, but was not satisfied.[1]

With electrical engineer friends, including the MIT graduate Fred Fenning, Finnegan developed prototype pedals in his spare time over four and a half years.[1] After extensive experimentation, he selected germanium diodes for the circuit and purchased as many as he could afford.[1] He coated the components in epoxy resin[1] to make the pedal harder to replicate.[2]

Finnegan launched the Klon Centaur in late 1994.[1] He was overwhelmed by demand and worked long hours in his home, building, testing, and shipping the pedals himself. Every part was custom made, including the cast enclosure, knobs and pots.[1] In total, Finnegan built around 8,000 pedals over 15 years.[1]

As it took Finnegan 12 to 14 weeks to fulfil each order, used Centaur pedals sold for inflated prices; this placed more pressure on Finnegan to meet demand.[1] Finnegan said his profit margin was "not very sensible", and he found it difficult to hire employees and expand the business in Boston, where commercial space was expensive.[1]

In 2008, Finnegan decided the situation was unsustainable and discontinued the Centaur.[1] Though he declined large private offers to build Centaurs, he continued to build them for a close friend, a single mother who needed financial support, to sell on eBay.[1] As of 2019, used Centaurs sold for between $1,900 and $2,500 USD.[3]

Finnegan redesigned the Centaur as the Klon KTR, released in 2014. His goal was to create a straightforward design that could be built by a contracted manufacturing firm and would be easy to repair, among other considerations, while preserving the Centaur sound.[1] The Klon KTR took two years to design and sold for $269.[1] It bears the text: "Kindly remember: The ridiculous hype that offends so many is not of my making."[1]

The Klon Centaur has been used by guitarists including Jeff Beck, John Mayer, Joe Perry, Nels Cline and Matt Schofield.[1] Finnegan said the pedal attracted a variety of guitarists, including baby boomers, younger indie rock musicians and experimental musicians.[1] Guitarists praised the clear, uncolored tone of the boosted signal.[4][5] Nels Cline of Wilco said: "It's an amp in a box. No more worries in the world of 'amp du jour' about overdrive tone. It will be OK. The Centaur will take care of it."[6][7][8] According to Guitar.com, which named the Centaur one of the greatest effect pedals, "the Klon Centaur is either the greatest, most useful overdrive ever made, or the worst example of guitarists losing all sense of perspective about how much good tone should cost".[3]

The Centaur has inspired numerous clones by different manufacturers.[1] Finnegan expressed skepticism that they could replicate the sound, due to factors including the rarity of the Centaur's germanium diodes.[1] He said they damaged his product's reputation and that clones disincentivize engineers from creating innovative products.[1]

How to Use a Klon Centaur

The Klon Centaur is a transparent overdrive. It means that it doesn’t change the color of your tone but enhance it.

The most popular way to use a Klon Centaur is as a clean booster. A booster thickens your sound and makes the signal fatter and stronger. This is how tube amps can produce the warmth that makes them so popular.

Set up a clean tone on your amp and experiment with the pedal. Start off with a low drive level, then gradually build the gain up as you play. You’ll learn how the pedal changes as you add in more gain.

Set your amp to the point where it’s on the verge of breaking up, then use the pedal to push the amp into overdrive. This is the most common way of using a transparent overdrive pedal.

Another way people use a Klon Centaur is to stack it with other drive pedals. You can add in the Centaur when you want your tone to have a bit more sparkle or boost. The most common use is for lead sections.